Earlier today I posted that the iOS Shake to Undo feature needed to improve. When @martinfeld challenged me to suggest a better way, it got me thinking.

First of all, I don’t think this proposal has to replace Shake to Undo. It was a novel solution to a hard problem that many users now know and use. I also don’t think that a system-wide option means apps shouldn’t have an Undo button or custom gesture. But I do think a single, consistent, works-in-every-app option needs to exist that isn’t picking up your 12.9 inch iPad and shaking it.

In short, here is my proposed solution. 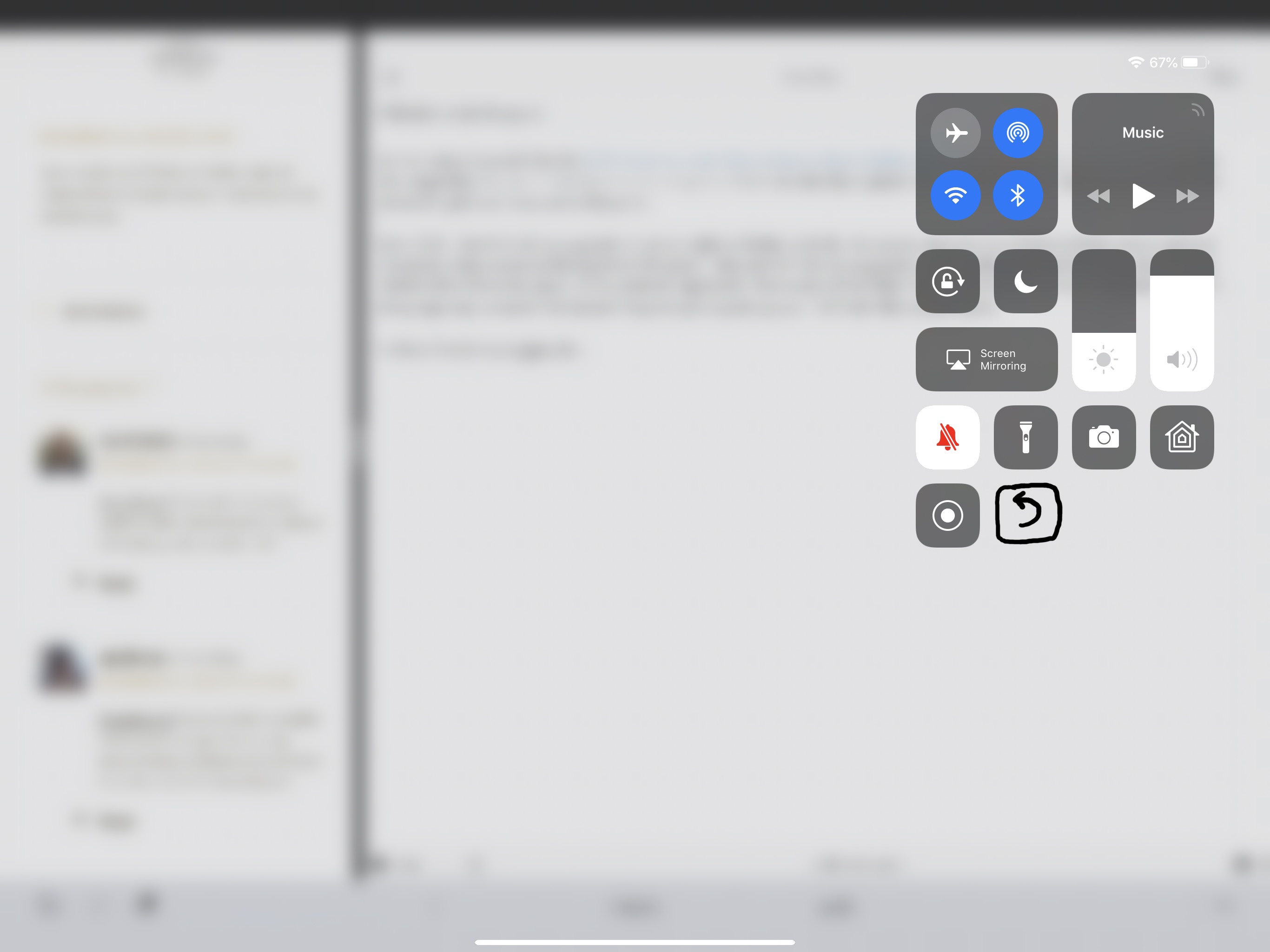 Control Center is a huge area of unused space, and I think a useful landing spot for an Undo button. As I later mentioned in the thread, I could see this button revealing a list of previous states to revert to, even a clipboard manager!

I hope iOS 13 has many new user interactions and the designers at Apple have come up with a better solution than tacking on a button in a relatively inaccessible, niche location like Control Center. But I do think its a reasonable approach given iOS’ current mental model and that a good bit of customers know about the area because of commonly used features like media playback control as well as brightness.

What do you think?

One Reply to “A Modest Undo Proposal”

Early Sunday morning we lost a good one. Papou Don

Porcupine Tree. After all this time. Can’t wait!

On our last day in Greece we visited the Monastery

Not too many photos from today, just a transitiona

For the last port of call, we explored the photoge

In Corfu we got to see some beautiful vistas and e

Next up was the largest Ionian island, Kefalonia,

Now for one of Rachel’s favorite islands, Mykono

Rhodes was the next stop and one of the best islan

On the first day of the cruise, we went to Kusadas